Have you ever known where the charm or power of Linux comes from? That is, because of the numerous distributions, the Linux camp is growing, and each distribution has a large number of users. Developers voluntarily invest in related projects. Linux distributions can be described in a variety of ways, and they are designed to meet every desired demand. This article is intended to give a brief account of why a distribution exists, what the target users of the distribution are, and what special features it has compared to other distributions.

Debian runs extremely stable, which makes it ideal for servers. Debian maintains three formal software libraries and a set of non-free software libraries, which inspires several other distributions (such as Ubuntu and Kali). Debian’s operating system has spawned multiple Linux distributions. It has more than 37,500 packages, and the only other release in this area that outperforms Debian is Gentoo. Debian uses apt or aptitude to install and update software.

The Debian operating system is undoubtedly not suitable for novice users, but for system administrators and advanced users. Debian supports most of today’s architectures (processors).

Same with Debian, the Gentoo operating system also includes a large number of software packages. Gentoo does not appear in the precompiled form but needs to be compiled for each system each time. Even the Gentoo community feels that Gentoo is difficult to install and use; however, it is considered the best learning object to understand the inner workings of the Linux operating system. Mentioned Gentoo has always said: “If you want to learn Linux distribution, then you can use this distribution; if you learn Gentoo, you will learn Linux.” Gentoo uses portage to install and update software.

The Gentoo operating system is suitable for those who are already familiar with Linux.

Ubuntu is a derivative of Debian and is the most popular free operating system today. Ubuntu focuses on its applications in this market, which is common on servers, cloud computing, and even some mobile devices running Ubuntu Linux. As a derivative of Debian Gnu Linux, Ubuntu’s process, look and feel are still mostly the same as Debian. It uses the apt software management tool to install and update the software. It is also one of the easiest distributions available on the market today. Ubuntu uses an apt-based package manager.

Manjaro Linux (or Manjaro for short) is a Linux distribution based on Arch Linux that uses Xfce and KDE Plasma as the default desktop environment and uses the same rolling update as Arch. The goal is to provide PCs with an easy-to-use, free operating system

Manjaro Linux has out-of-the-box multimedia support, proven hardware identification software, and support for multi-core CPUs. Manjaro has a command line installer and a graphical installer. Rolling updates also means that users do not need to reinstall their operating system by reinstalling systems or system updates [8]. Package management is handled by Pacman and a GUI version is planned for the future. Manjaro is available in both 32-bit and 64-bit versions and is compatible with Arch. It can be configured to choose to synchronize with Arch using a stable library (default) or with an unstable Arch library.

Manjaro is an excellent entry point into the Linux world. Unlike proprietary operating systems, Manjaro gives you full control over your hardware, without restrictions. This makes it ideal for people who want to learn how Linux works and how it is different from other operating systems. From this perspective, Manjaro is suitable for beginners similar to the way an Arduino is an excellent entry-point to embedded hardware development.

Red Hat is the first Linux distribution for the commercial market. It has a server version that supports a wide range of processor architectures, including x86 and x86_64. Red Hat has trained and certified system administrators through the course Red Hat Certified System Administrator/Red Hat Certified Engineer (RHCSA/RHCE). In the global market, 80% of total profits come from support, and another 20% comes from training and certification, but not in India.

In India, 80% of Red Hat’s profits come from certification and training, and only 20% comes from support. Fedora is a platform, not a test environment for developing new products or new applications; once it becomes a stable version, it is bundled with Red Hat Enterprise Linux, including support. Red Hat offers a lot of stable applications, but the well-known drawback is that the cost of support is quite high when you package too many old packages. However, if security is a top priority, then Red Hat Enterprise Linux is the perfect release, using the YUM package manager.

Red Hat Enterprise Linux is the system administrator’s first choice. It has a large number of packages and very good support.

Since this release is a commercial product, it is not free. However, you can download a beta version for educational purposes.

Very stable package; anyone who wants to test the operation of the server on the desktop should try this operating system.

The lightweight Fedora is suitable for those people: want to try the most advanced technology, can’t wait for the stable version of the program. In fact, Fedora is a test platform for Red Hat; the product is developed and tested on the platform before it becomes an enterprise release. Fedora is a very good distribution, with a huge user forum, and a large number of packages in the software library. Fedora also uses YUM to manage packages.

Kali Linux is a derivative of Debian. Kali is intended for penetration testing. It was released about three months ago. Kali’s predecessor was Backtrack. All Binary packages for Debian can be installed on Kali Linux, and the charm or power of Kali comes from this. In addition, the user forum supporting Debian adds a lot to Kali. Kali comes with a number of penetration testing tools, whether it is Wifi, database or any other tool, designed to be used. Kali uses APT to manage packages.

There is no doubt that Kali Linux is an advanced penetration testing Linux distribution, or an operating system favored by civilized hackers (I don’t want to talk about malicious hackers).

Arch Linux is an operating system that uses a rolling distribution method: it is enough to install once; whenever a new version is released, the distribution can be upgraded without reinstallation. Pacman is the package manager for Arch Linux. Arch Linux supports both X86 processor architecture and X86_64 architecture. The installer can be run from CD or USB flash drive. Arch is designed to be simple from a developer’s perspective, not from the user’s perspective. Arch configuration and installation are super easy. It’s really a distribution for the master, so you can understand every detail of the Linux system.

openSUSE is a free Linux distribution that is not intended for commercial use and is still available for personal use. The real competitor of openSUSE is Red Hat Enterprise Linux. It uses Yast to manage packages. With Yast, it’s easy to use and manage server applications. In addition, the Yast installation wizard can configure an email server, LDAP server, file server, or web server without any unnecessary hassle. It comes with a snapper snapshot management tool that allows you to restore or use older files, updates, and configurations. Because of the Tumbleweed that makes rolling distributions possible, you can update your installed operating system to the latest version without any new releases.

This article is not a big inventory. There are hundreds of distributions on the market, and each release is different in one respect. It’s impossible to list them all. This article lists only the ten most common Linux distributions (there are only two people in the world, one is binary and the other is binary). Please promote the charm or power of Linux. 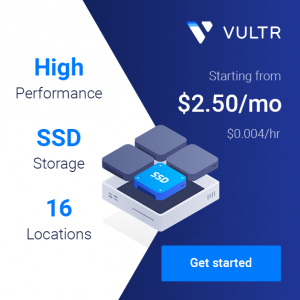 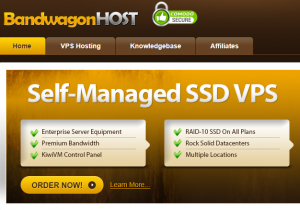